One of the most challenging decisions for an investor looking to invest in a start-up or an established company is determining the appropriate level of funding and the right time to do it. Seasoned venture capitalists (VCs) choose staged investments as a technique to protect against capital losses. A staged investment is an investment in which only a partial amount is invested in the initial phase of funding. The remaining portion is invested as the company meets agreed upon milestones. This is done to minimize the risk of loss by the VC, in the case of business failure.

Why Do Venture Capitalists Choose Staged Investments?
Staged investments allow VCs to put their money where it is most efficient. Most businesses fail in the early stages, so staged investments assume that investing in later rounds yields more returns than early-stage investments. It is a process that allows investors to abandon investments with low returns early while focusing resources on productive projects that yield the best results. It is also a technique that allows venture capitalists to take risks on promising early-stage projects while giving them time to determine the quality of a particular project. Staged investments do carry some risk for the venture capitalist because built in the process is the possibility of termination. This reduces the expected return of a project. Even though the capital investment is reduced, there is a greater risk that the project will not mature. There are also market risks that might affect the viability of a project that need to be considered when determining the appropriate level of funding.

What Is An Ideal Stage of Investment?
Although staging investments assumes early rounds to be unprofitable, the level of funding at each stage is dependent on the output of a particular project and the analysis of potential risk. The ratio of early to later stage funding would need to be determined by the venture capitalists based on their risk capacity. With that said, later stage investments are most ideal. The possibility of termination of a project in the early stage in itself introduces uncertainty into the early stage which reduces the expected surplus after the risk is factored in. Once the entrepreneur has proven the viability of a project and moves on to the second stage, that risk is diminished which creates increase surplus from the second stage. This pattern continues, diminishing the risk of capital loss as the venture capitalists increase their investment.
Venture capitalists that choose staged investments are more successful because they can be more efficient. By only backing “horses that are in the race,” they ensure the highest returns possible.

Please fill up your information below and one of our associates will contact you immediately: 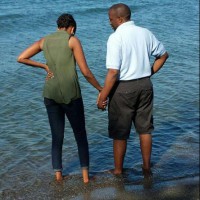 We are a professional review site that receives compensation from the companies whose products we review and recommend. We are independently owned and the opinions expressed here are our own.

The information provided on this website is solely for educational and informational purposes. Our information is of a private nature and not intended for any commercial or non-commercial purpose. In addition, the information on this website does not rely upon or relate to the United States Securities Act of 1933, as amended, and it does not involve the sale of securities. By providing this information, Sofiyaconsulting.com is not acting in the capacity of a Securities & Exchange Commission broker, dealer or investment adviser.